I first met Revelate Designs founder Eric Parsons in British Columbia, on the side of the Al-Can Highway, in 2003, I think. I met him a second time right before racing the 2005 Iditarod Trail Invitational (ITI). Although only 13 years ago, winter cycling and “bikepacking” have changed monumentally since then.

No one knew how to pack for the ITI at that point. I focused on not taking anything. It just seemed an easier alternative than trying to pack what I “needed.” I’m sure the more meticulous folks did a much better job than I did. I cobbled together what I could, strapped everything to the bike somehow, left whatever wouldn’t fit at home, and hoped I didn’t need any of it because repacking on the trail was impossible.

Not long after that ITI party, I heard Eric had started making frame bags and a giant seat bag. I badly wanted both. In fact, I still have the original two I bought. Compared to the stuff that Revelate makes these days my old bags are pretty pedestrian, but at the time they changed the game.

The first giant steps on an incremental path towards efficient packing, they enabled me to take what I needed on a big ride. Eric and the Revelate team have continued to lead the way in refining packing systems and have really played an integral role in expanding the meaning of “bikepacking.”

Over the years I’ve done a bunch of ITI’s, a couple Colorado Trail Races, Race Across America, Fireweed 400’s, multiday tours on-road and off-road, the Yukon Quest trail a couple times, a pretty long East-to-West traverse of Alaska, and countless off-the-rails attempts to explore routes around Fairbanks, most of which turned out not to exist. On every major ride I’ve done for a decade now, and almost every ride period, I’ve carried at least a few Revelate bags.

If Those Panniers Could Talk

I love the Nano Panniers more than any other piece of gear. Of course, I like the size and fit of them. For me they mostly carry food, and when they’re on it’s because I’m trying to stretch the range as much as I can. That usually means I’m trying to get remote, in Alaska, in winter, my happy place. I know I’m going on a big ride when they’re on my bike.

If those panniers could talk, they’d tell stories of me surviving my own marginal competence. They accompanied me as I completely submerged myself and my bicycle into the Yukon River, in the middle of the night, in February. They heard wolves howling on a cold and very lonely trail in the Black Hills of the Yukon.

Once I even attempted to rehydrate a Mountain House inside of my Nanos, on a -45 F morning, while I pushed uphill during a race. I ended up just letting the lasagna freeze, and then I peeled it off the fabric and ate it frozen. Gross, but I needed calories.

My second favorite piece, an old front pack, is more or less what is now called the Yakataga Dry Pocket. I love the material and basic design. Eric modified the strap configurations for me numerous times, for many different races. Though not fancy, its durability and spaciousness inspired me to always keep it close at hand.

Thanks to Eric and the core community of cyclists and mountain bikers that work with him for their innovations and for collectively pushing the boundaries of what is possible on bikes! 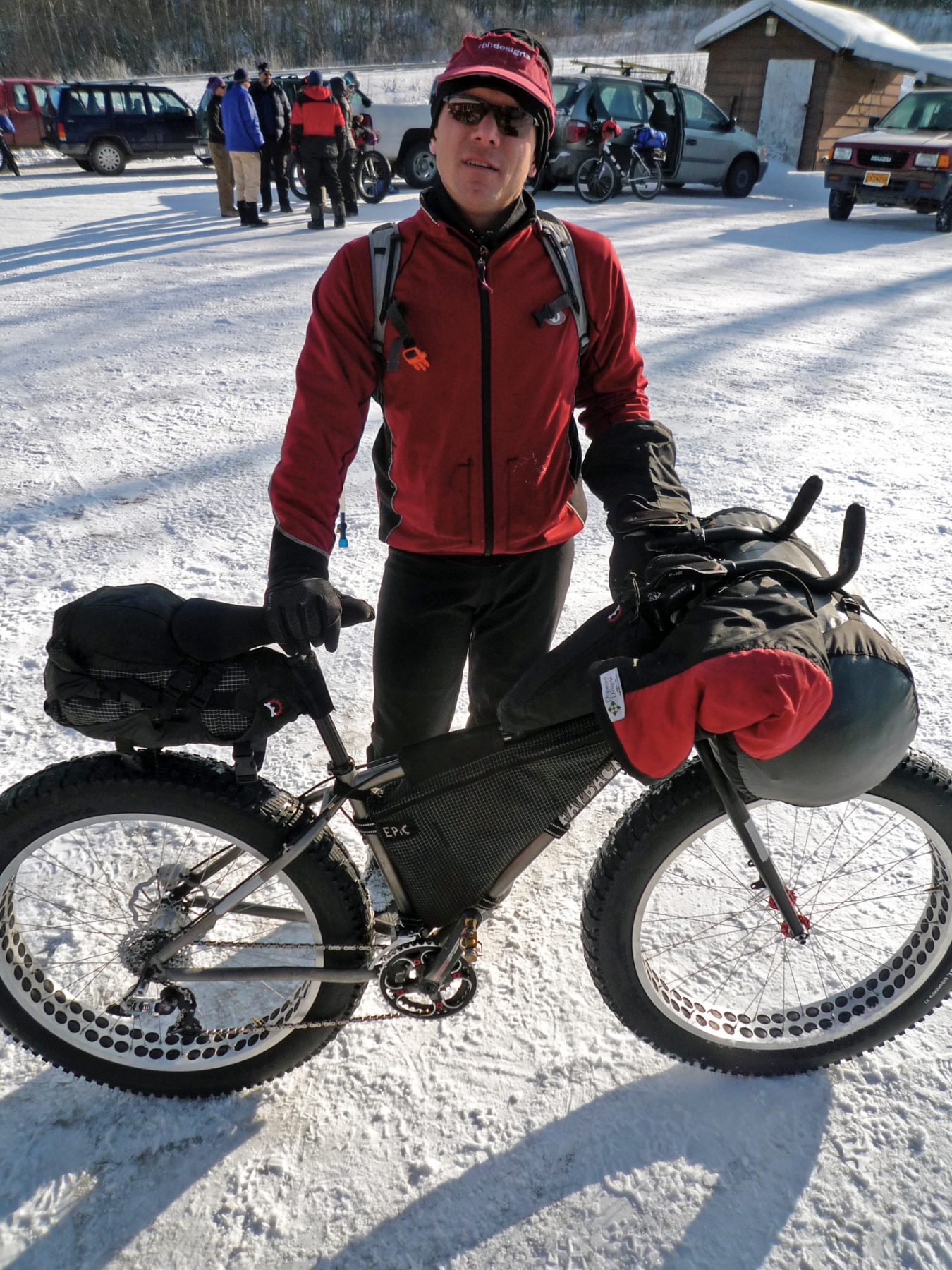